My first piece for The National Interest, “Bush’s Third Term,” is now up.  It catalogs the remarkable continuity  between Barack Obama’s foreign policy and that of his predecessor.

Through some combination of political calculation and genuine misunderstanding, Obama campaigned against a caricature of Bush’s foreign policy. Early in Bush’s second term, he began quietly shifting away from the so-called neoconservatives, and the realists resumed their dominance. Paul Wolfowitz went off to the World Bank in 2005. Doug Feith left that same year. After the November 2006 midterm debacle, Don Rumsfeld was allowed to ride off into the sunset, too. Pragmatic realists Condoleezza Rice and Bob Gates came into ascendency and quietly changed the administration’s focus. Obama has surrounded himself with pragmatic realists, too, so it’s not all that surprising that he’s carrying on the same basic strategy.

More importantly, however, despite the frenzy over personalities that we frequently find ourselves caught up in, the fact of the matter is that, like Bush before him, Obama is the American president. While different occupants of the Oval Office naturally have different instincts and emphases, their country has the same interests regardless of who’s filling the big chair. Likewise, we seem to constantly forget, the countries with whom we deal have continuing interests. 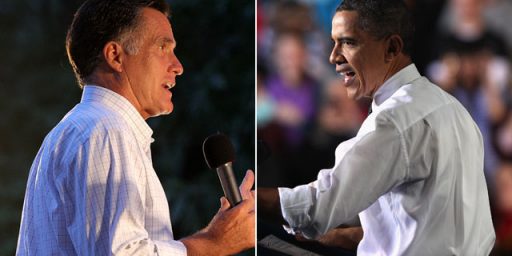 Obama And Romney: A Dime’s Worth Of Difference On Foreign Policy?