Yet another study shows that people who drink diet soda actually gain weight. But it probably doesn't matter, since that's not why people drink them. 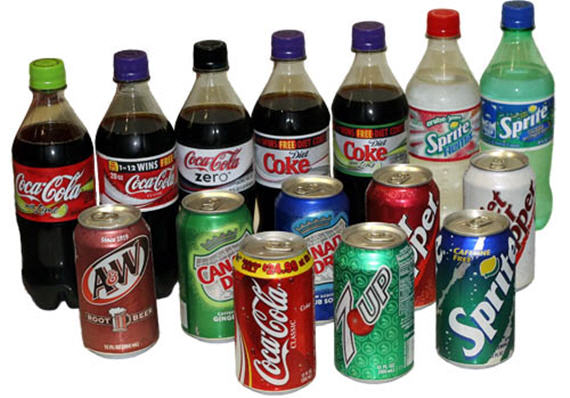 Yet another study shows that people who drink diet soda actually gain weight. But it probably doesn’t matter, since that’s not why people drink them.

Science Daily (“Waistlines in People, Glucose Levels in Mice Hint at Sweeteners’ Effects: Related Studies Point to the Illusion of the Artificial“):

In the constant battle to lose inches or at least stay the same, we reach for the diet soda. Two studies presented June 25 and 27 at the American Diabetes Association’s Scientific Sessions in San Diego suggest this might be self-defeating behavior.

“Data from this and other prospective studies suggest that the promotion of diet sodas and artificial sweeteners as healthy alternatives may be ill-advised,” said Helen P. Hazuda, Ph.D., professor and chief of the Division of Clinical Epidemiology in the School of Medicine. “They may be free of calories but not of consequences.”

To examine the relationship between diet soft drink consumption and long-term change in waist circumference, the Health Science Center team assessed data from 474 participants in the San Antonio Longitudinal Study of Aging, or SALSA. This is a large, population-based study of the disablement process in elderly Mexican Americans and European Americans. Dr. Hazuda, senior author of the presentation, is SALSA’s principal investigator and has led the study for two decades.

Measures of height, weight, waist circumference and diet soda intake were recorded at SALSA enrollment and at three follow-up exams that took place over the next decade. The average follow-up time was 9.5 years. The researchers compared long-term change in waist circumference for diet soda users versus non-users in all follow-up periods. The results were adjusted for waist circumference, diabetes status, leisure-time physical activity level, neighborhood of residence, age and smoking status at the beginning of each interval, as well as sex, ethnicity and years of education.

This doesn’t establish causation, however. Indeed, since they don’t appear to have controlled for any other dietary factor other than intake of diet sodas, I’d bet my money that a sweet tooth is the real link.

Still, as Esquire‘s Answer Fella points out (“Why People Really Love Diet Coke So Much“), this may be beside the point.

According to Thomas Critchfield, an Illinois State University professor of psychology and coauthor of a study titled “Caffeine Reinforcement Demonstrated in a Majority of Moderate Caffeine Users,” “Caffeine makes us feel better. Stimulant drugs — including caffeine and close chemical relatives in coffee, tea, and chocolate — tend also to improve the focus of attention and enhance mood. Not only are we awake, but we tend to like the way we feel on caffeine.”

Plus, Critchfield notes, “Caffeine is dependency producing. I imagine that this fact puts little dollar signs in the eyes of beverage manufacturers. One more wrinkle: A handful of studies suggest caffeine may cause us to like the flavor of a beverage more than if the beverage were decaffeinated.”

I actually don’t drink much Diet Coke, using it mostly as a mixer with rum (I recommend Cruzan or Appleton Estate, which I much more flavorful than Bacardi at only a modest premium in price) but the caffeine is the primary reason for indulging in colas on the rare instance I drink them straight. I prefer Diet Mountain Dew to Diet Coke for that purpose. And coffee remains far and away my preferred vehicle for caffeine.

Why “Diet”? Partly for the savings of a few calories. Mostly, though, I find the regular versions too sweet.