The first installment in a series of posts on the status of cancer research and cancer treatment has been posted at Dean’s World. The series has been written by guest bloggers George L Gabor Miklos, PhD and Phillip John Baird, MD PhD.

George L Gabor Miklos and Phillip John Baird are Director and CEO, respectively, of Secure Genetics and Integrated Diagnostic Pathology. The former is a molecular genetics-based data evaluation company, the latter a clinical diagnostic pathology company. Neither is affiliated with, nor receives any monetary compensation, gifts or other payments in lieu, from pharmaceutical companies, government funding bodies or private institutions in the cancer or drug development areas.

The War on Cancer is more than 30 years old, having been announced by Richard Nixon during his first term and actually getting up some steam during Nixon’s second term. Some progress has been made but not as much as might have been hoped considering the billions that have been invested.

I don’t object to government-funded research per se but I’m skeptical as to whether large scale government funding of medical research actually results in more research being done. Medicine is a special case—the supply of doctors doesn’t rise as a result of increased funding the way that the supply of electrical engineers rose, for example, as a result of the space program. 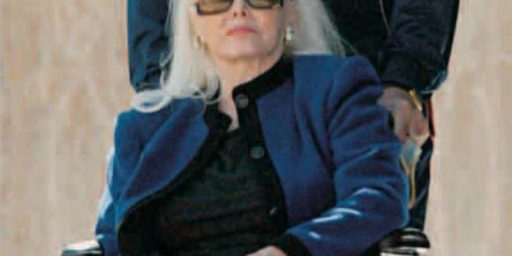 Zsa Zsa Gabor Trying to Have Kid at 94

Pullback on Pulling Out