Candidate to Be ‘Swift Boated’ Monday Joe Gandelman reports on an email that he, myself, and presumably several others have gotten, twice, in recent days promising a shocking revelation against some unknown candidate to be revealed Monday, on the eve of the New Hampshire primary.

I received the first email with the subject line “Right for your Blog?” on Monday and a second, entitled “Major Presidential Candidate to be Exposed Monday,” today. The text of both are essentially the same:

Four years ago, “swift boating” became a new term in the Presidential campaign lexicon, when John Kerry’s candidacy was torpedoed by widely-disputed accusations from men who’d served in Vietnam with the candidate.

For Kerry in 2004, this Swift Boating was an action based on “iffy” information — but for one leading 2008 presidential candidate, this experience is about to be repeated prior to the New Hampshire primary — but this time with rock-solid, well-sourced and absolutely accurate information.

One of this year’s leading candidates will be “Swift-Boated” in a new book to be announced next Monday, January 7th at 1:30 p.m. in the Murrow Room at the National Press Club in Washington.

One candidate is about to be challenged — with hard and cold facts, presented cogently by an author and former political activist and decorated military veteran who shares this candidate’s party affiliation — and who has known the candidate personally since their college days.

Next Monday, the truth will be revealed when a book that literally gives “chapter and verse” about this candidate’s less-than-candid candor with the American people will tear aside the curtain, just as Toto exposed the Wizard of Oz.

This book is supported by 10 pages of meticulously-researched end-notes supporting every factual assertion about the candidate’s failure to shoot straight with the American people, and this breach-of-faith’s implications for the Presidency.

If you’re serious about covering the 2008 Presidential campaign, you won’t want to miss this announcement — and you will want to meet the author.

Both messages were on behalf of an outfit called “Revelation Press” which I Google’d and found bupkis about.

I emailed Monday seeking to elicit more information, noting that “I tend not to go cover events involving unnamed authors touting unspecified rumors about unnamed candidates in books by publishers without a reputation.” I was informed that, “Obviously, we can’t tell you more at this point — not without inviting in-advance (and ill-informed) criticism — but if you’re serious about covering the 2008 Presidential campaign, you won’t want to miss this announcement — and you will want to meet the author.”

I’ve decided to take my chances and skip the event. In the highly unlikely event it turns out to be something substantive, I’ll investigate further.

Image credit: Welcome to the Underground via Google Images. 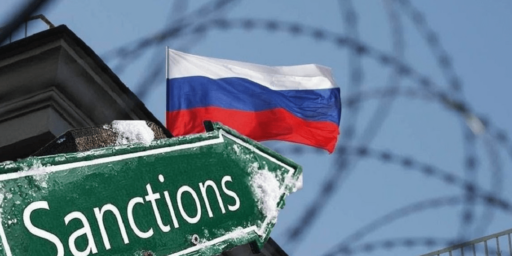