The Cowabunga Edition OTB Caption ContestTM is now over.

The Cowabunga Edition OTB Caption ContestTM is now over. 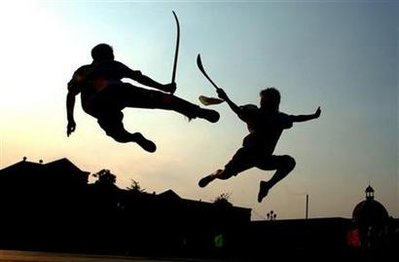 Second: Tom Knighton – “It slices, it dices, it makes your favorite french fries!”

Third: John425 – Due to excessive drain on supply, Taliban entering Paradise must fight for remaining 72 virgins.

“My name is Inigo Montoya, you killed my father, prepare to die.”

The Thursday Contest has already been panned by Waldorf and Statler.