The Glad Handing Edition OTB Caption ContestTM is now over.

The Glad Handing Edition OTB Caption ContestTM is now over. 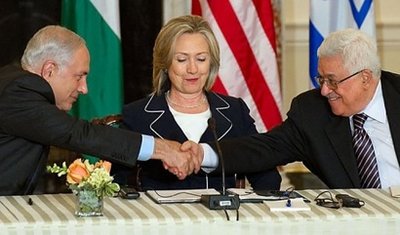 Second: John425 – Hillary’s thoughts: “Boy, this diplomacy stuff is great and it makes my nipples hard!”

stillearly – “Are you watching this Barack? I bring peace to the Middle East and you can’t even get a rug for your *cough* temporary *cough* office without screwing things up.”

“You can call it a peace pipe all you want Hillary, but we ain’t touchin’ that cigar.”

“Am I gonna have to separate you two?”

The Thursday Contest is still looking for a round peg.