The Castle Arrghhh OTB Caption ContestTM is now over.

The Castle Arrghhh OTB Caption ContestTM is now over. 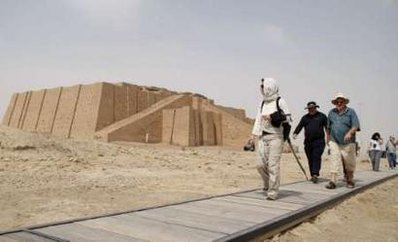 First: Mr. Prosser – You say when it’s done the priests will haul victims up there and cut out their hearts? Well, ok, as long as it’s not a mosque.

Second: Stormy Dragon – The storm trooper assured Beru and Owen that if they just allowed the search of their home, he’d let them get back to moisture farming right away.

Third: Esqcapades – Few considered the impact of the Exodus on pending pyramid projects.

Maggie Mama – These days American tourists are being told that vacationing in Iraq is safer than visiting Europe.

John425 – With wooden sidewalks, the Fremen of Arrakis found that the Shai hulud didn’t pop up as often

No one suspected that plans for the new ground zero mosque included terraforming the rest of Manhattan into a desert.

Who is that mosqued man?