The Sheepless In Seattle Edition OTB Caption ContestTM is now over.

The Sheepless In Seattle Edition OTB Caption ContestTM is now over. 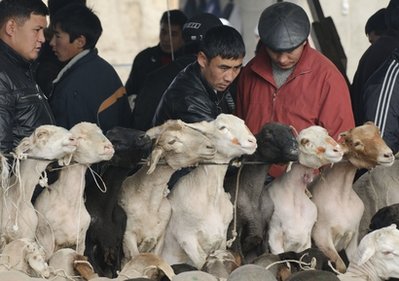 Second: Peterh – Ahhhh… the perfect background for Sarah to pardon a goat….

Third: MstrB – Someone is getting lucky tonight.

mpw280 – Just another day at the Chinese bride market.

Achmed has a harem that can’t be bleat.

The Thursday Contest has already checked its package.