Do Not Taunt Happy Fun Ball
(I had to do it, that one was too obvious anyway) 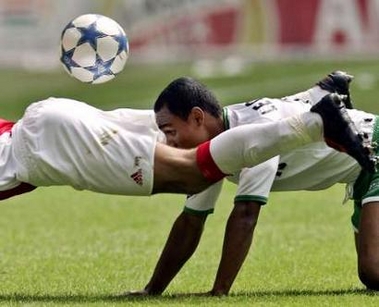 REUTERS/Michael Kooren PICTURES OF THE YEAR 2005