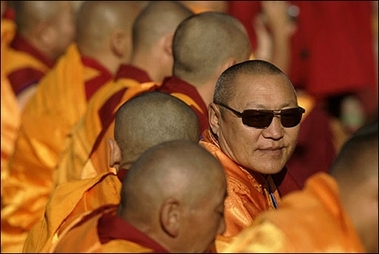 Third(tie): Anderson – I study reincarnation, I love my classes, I’ve got a crazy guru who wears dark glasses …

yetanotherjohn – The Chinese government denied reports that it had agents infiltrating the Buddhist.

Adjustah – As he researched his next role, Tom Cruise was sure noone would see through his clever disguise.

SgtFluffy – Dangit Bob, you told me it was Ray Charles Day at the stadium.

Suzanne Berton – What are you looking at!

FormerHostage – Damn it! The paparazzi!

The others tolerated the Ray-Ban’s, but the goldenpalace tatoo had to go.

“We’re on a mission from God.”