The I’m Not Touching You Edition OTB Caption ContestTM is now over. 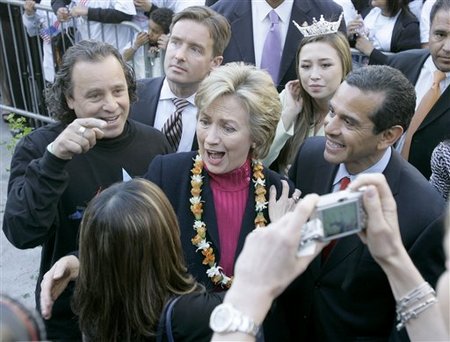 Second: Maggie – Clinton: “Shut my mouth and kiss my grits!”

Third: charles austin – “There’s no basement in the Alamo?”

yetanotherjohn – This is the face of the democratic party.

Gollum – Tall Agent Purple Tie was eventually sent home for accidentally bumping his “weapon” into Miss Los Angeles’ back a few too many times.

Girl in tiara thinking, ‘Last time I kiss a frog …’

DRUDGEBREAKING: Once out of the South and in California the southern drawl is replaced with, “Well gag me with a spoon…”

Thursday Contest is already clowning around.