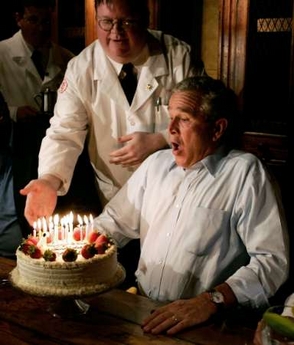 First: charles austin – Mr. Kidd smiled quietly at the brilliance of making the President’s birthday cake out of pretzels.

Second: Gollum – Now THERE’S a president that knows how to inhale!

Ingress – The President was seen sucking in hot air – useful for his Iraq news conference later.

anjin-san – But I can’t count that high!

Thanks for the Captions and Birthday Wishes!!!

To quote the Movie, SpaceBalls and Cowboy Blob: “Gesundheit”

“Wait a minute… Pelosi wants something to hit with her gavel.”

Monday Contest is already putting on the dog. 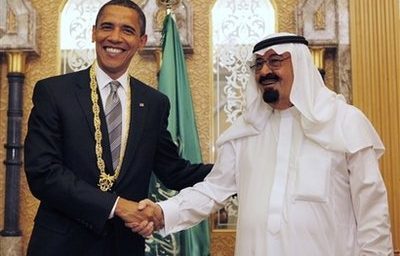 Are There Gay Cowboys?