The I Want My Mummy Edition OTB Caption ContestTM is now over. First: Stormy Dragon – No matter how many people had claimed to have seen him, Richards Dawkins dismissed the reports as the delusions of dyslexic religionists.

yetanotherjohn – I said we needed ‘A New Bus’, not anubis. (Something Roethlisberger might say)

Steven L. – I was supposed to meet Godzilla he- Hey, this isn’t Tokyo.

Dantheman – Return Cleopatra’s Needle at once or suffer the wrath of the gods!!!

John425 – Brits finally realize they are in “de-Nile” about the Islamicization of England.

G.A.Phillips – Up the creek without a poodle!

Enumclaw was not without their own religious icons.

Gozer the Traveller – he will come in one of the pre-chosen forms. During the rectification of the Vuldronaii, the Traveller came as a large and moving Torb! Then, during the third reconciliation of the last of the Meketrex supplicants, they chose a new form for him – that of a giant Sloar! Many Shubs and Zuuls knew what it was to be roasted in the depths of the Sloar that day, I can tell you! 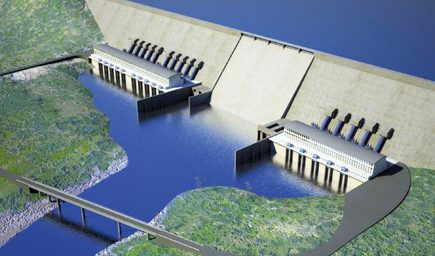