The Boat to Now Where? Edition OTB Caption ContestTM is now over. Third: yetanotherjohn – As the truck drove away, Popeye was heard to say “How embarrasking”

markm – “Ok guys, if THIS doesn’t work I say we build a giant wooden Badger and….”

charles austin – Cheating at the bass fishing tournaments has really got out of hand.

anjin-san – “The fundamentals of the economy are strong”, insisted Captain McCain.

G. A. Phillips – Some try to organize a community, and then again some try to save it, no matter what the cost, how they look, or what people think, say or do to them.

Wishes On A Speedy Recovery Award

“Does this make my stern look fat?”

Thursday Contest is glad he found love at tall. 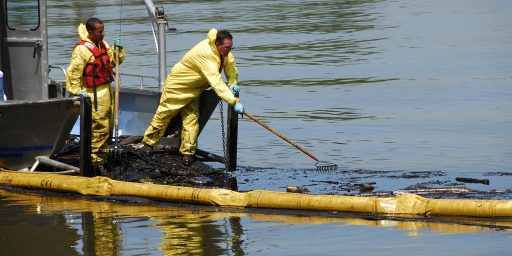