The Outside The Box Edition OTB Caption ContestTM is now over. First: floyd – Pin the blame on… Anybody but the Donkey!?!?!

DL – It is all Arlen Specter’s parties’ fault.

Chadzilla – OTB leaks the Democratic Party’s campaign strategy for the next twelve years. 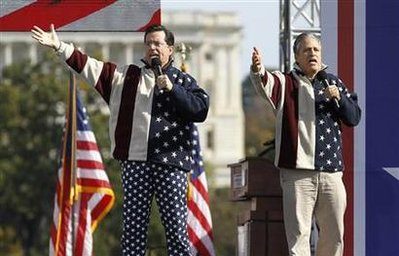