The most recent OTB Caption ContestTM has now concluded. 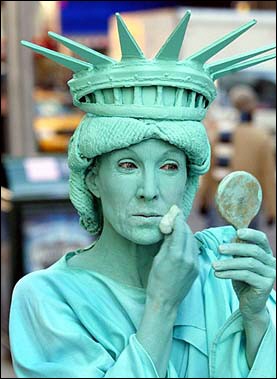 1st, Robert the Llama Butcher: Senator Clinton steps up her campaign to convince New Yorkers that, yes, she really is one of them.

2nd, Dodd Harris: John Kerry discovers the dangers of using too much botox.

Thanks to all the participants. Another one will start soon.