The Target Dog Edition OTB Caption ContestTM is now over. 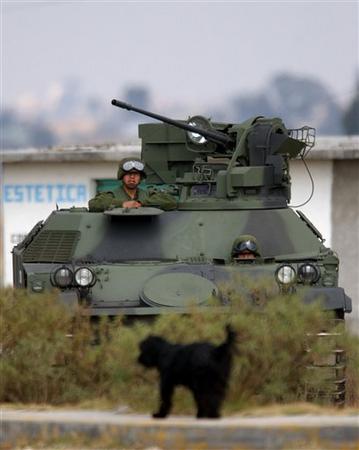 Excellent captions, I was surprised it took so long for someone to come up with the take off on the Target Dog. I am pandering a bit with the list of honorable mentions, but this contest just seemed to bring out a funny vein in many of the commentors.

Ne Plus Ultra: RightWingDuck – Unfortunately, the tryouts for the new Target Dog Mascot turned out quite differently than expected.

Second: Harry – Tank Commander Ralph Watkins winces as he realizes he has unwittingly let loose the dog of war.

OJ – Captain, we got that filthy dog Zarqawi!

Myopist – Swear to God, if it cocks a leg IÃ¢€™m shooting it. I spent four hours washing this tank.

Dougrc – Reminiscent of the 1989 Tianenmen Square incident, Fluffy stood her ground for half an hour before slowly backing out of the way of the advancing tanks.

Rachel Edith – President Bush made that surprise visit to the troops last week. Scheduling glitches resulted in presidential dog, Barney, being left behind in a fox hole. Barney emerged today none the worse for wear. After de-briefing in Germany, the dog will be reunited with the Commander-in-Chief. 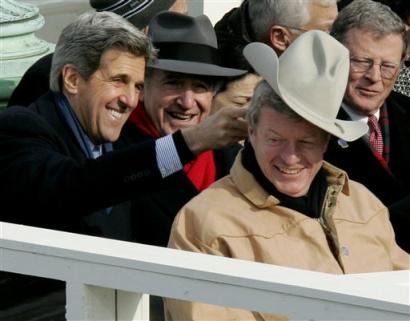 Rodney’s Bottom of the Barrel

“That pup craps in my lawn again, and he’s gonna taste a round from the new tank mounted Bowitzer 500.

Not ones to back down from a fight they are sure to win, the French Army prepares to launch an offensive in the
Global War On Terriers

“Bring out the Holy Hand Grenade.”