The No Sympathy for the Devil Edition OTB Caption ContestTM is now over. 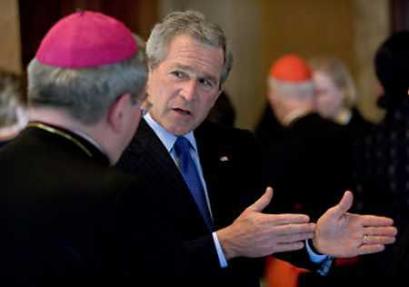 A lot of good entries, but here’s the way I see it.

First: Laurence Simon – Don’t do what they did in Florida in 2000 with that butterfly ballot staggered list thing. Line up both sides of the ballot evenly and you wonÃ¢€™t be waiting two months to get the next pope in office.

Second: Gary and the Samoyeds – So then the Popemobile tries to cut over to pass on the right, but I had my driver cut him off.

Third: Crerar – I swear to God Ã¢€” that bishop over there deliberately bumped me from behind like this.

Rachel Edith – “So, I am trying hard not to appear anxious or interested but I think these qualifications I’ve set out here leave you no choice but to vote for me in the upcoming conclave.”

Anderson – Okay, so my left hand is the altar boy, and my right hand is the priest Ã¢€¦ now, say again what happens next?

Confederate Yankee – So even though you guys wear those little beanies, you arenÃ¢€™t Jewish? How’s that again?


Swapping tales of dogfights and fighting evil in general.

“… and you say I’ll get to wear one of those spiffy beanies if I sign up?”

“Are you really sure its OK for us to be discussin’ animal husbandry?”

“And now your $10 has disappeared. . ., say this may help the US economy, how many of you fella’s did you say there was.”

“That church music is pretty good, but I like Marilyn Manson myself.” 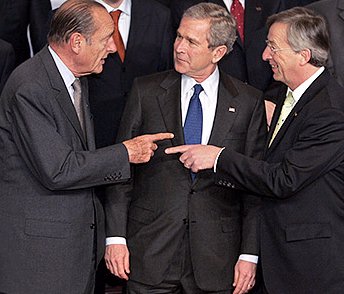