The That’ll Leave a Mark Edition OTB Caption ContestTM is now over. 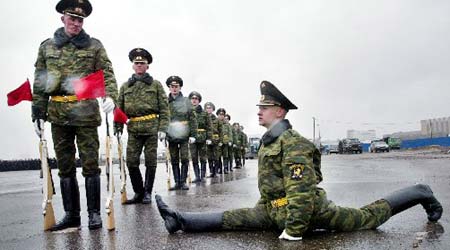 First: Crerar – ThatÃ¢€™s a nice trick seargent Baalzadropov Ã¢€” but what did you do with the pylon?

Second: Laurence Simon – They haven’t yet built the combat robot that can do this

Third: Oski – While normally viewed as an asset in arid climates, Pvt. Splitovski a.k.a. the human divining rod, embarrassed his fellow troops when they marched on the rain soaked parade grounds.

Timmer – The kids from Chernobyl strut their stuff.

Cassandra – Despite intense mentoring, Private Pushkin continued to demonstrate considerable confusion as to the meaning of the term “balls-to-the-wall”.

LJD – Russians prove the viability of gays in the military: In an effort to save his comrades, Ivan drops on a grenade. . .


“Oh by the way, the commissary is stocked with toilet paper again.”

The Russian Military Chorus never looked forward to a Head-of-State visit from the U.S.A. as special preparations were needed to hit the high notes during the obligatory singing of the Star Spangled Banner. 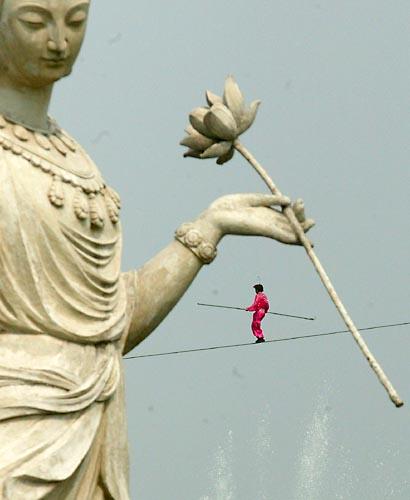 UPDATE: Wizbang has announced their winner for the same picture. (I picked the Thursday-Monday, Monday-Thursday cycle for a reason). Villainous Company still has a contest with the same picture open.

FILED UNDER: Uncategorized, Contests, gays in the military, Laurence Simon