The The Bigger They Are… Edition OTB Caption ContestTM is now over. 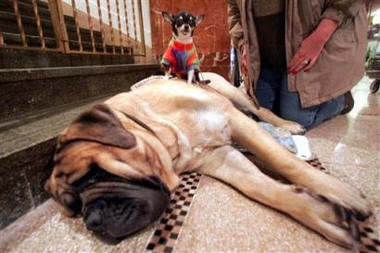 First: Maggie – I tink eet waz me taco fart got him!

Second: Jeff Vreeland – That’s right folks!! There is a new sheriff in town, so you better mind your manners!!

Third: Kent – The bigger they are, the harder they fall asleep.

MCGehee – After several hours of labor, Chi-Chi finally gave birth to a most amazing puppy.

radio free fred – “Wake up, I bought you a matching sweater!”

T. Harris – Laying dog not sleeping: “Yeah, well, we’ll see how cute they think it is when they look in the back yard and the only thing they find left of Pepe is a couple of dog turds wrapped in colored yarn.”

“Heh, heh, now I’m gonna get medieval on his ass.”

It was assumed that Alcohol was involved as ‘Killer’ waited 24 hours before reporting the incident.

“Dick Cheney did it, he shot my friend.”

Little dog: “That’ll teach him to sniff my ass.”

This contest endorsed by Zak 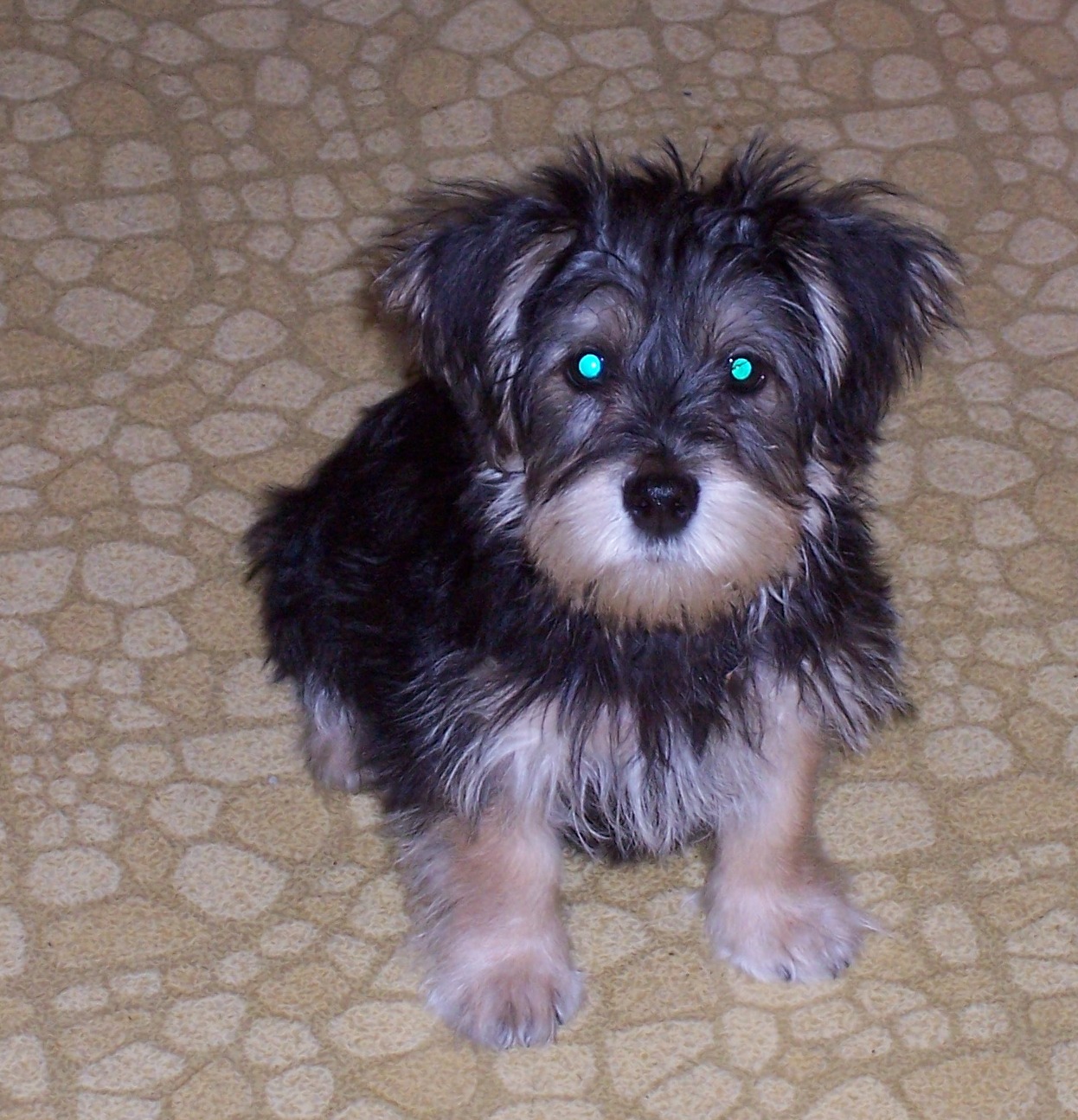 The Monday contest is already making like a French surrender monkey.