The in-dash CD player is being rapidly phased out. 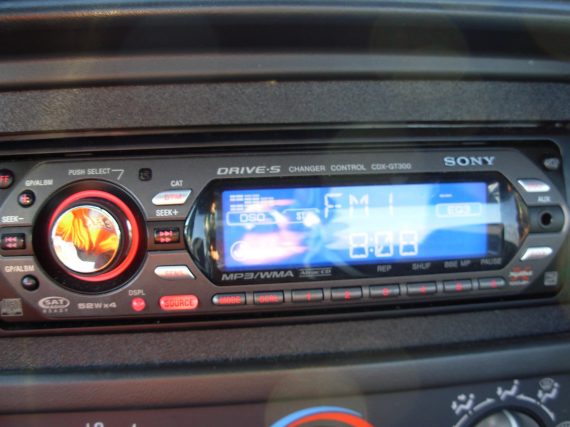 The Car Connection‘s Marty Padgett is predicting the rapid demise of the in-dash CD player.

One of the innovation milestones of the computer age, and one of the most potent symbols of Generation X–the compact disc–is on the way out of cars.

In what’s likely to be the first stage of a drawn-out phase-out, Ford will stop selling CD changers for its vehicles at the end of the 2011 model year, and it’s suggesting the single-slot CD player will follow. It’s a sign of rapid changes in the in-car entertainment world, changes that are particularly swift at Ford, which is jumping on the connected bandwagon with vehicles like the 2011 Lincoln MKX.

As the whole music industry shifts from “hard” digital delivery to “soft” delivery through networks like iTunes and Pandora and less legitimate outlets, automakers are faced with a choice–to adapt audio systems and to put portable players foremost in their product plans, or to deal with the legacy formats like CDs in other ways to hang on to more Luddite users.

In many ways, it’s shaping up exactly as did the end of the car cassette player, which Ford dropped from most cars by 2005. A group of potential buyers don’t want to abandon significant, expensive music libraries. On the other hand, playlists are the new mix tapes, and the world has clearly moved on from CDs, as it did with tape and vinyl.
There’s incentive to move away from CDs quickly. As with cassettes, eliminating CD players from the standard-equipment list will save money and build complexity for automakers. But even more importantly, the move will free up space on the middle of the dash– “Manhattan real estate,” according to Ford’s director of electronics engineering, Jim Buczkowski–in favor of more expressive styling and for other features, like larger LCD screens.

If this happens — and I think it will — it’ll be a much more rapid change. The cassette tape has been a dead technology for more than a decade and we’ve just now finally eliminated it from the available options on cars. And cassette tapes had a limited shelf life, in that they deteriorated. By contrast, the first CDs that I bought way back in 1989 work just as well as they did when they were new. (The jewel cases, of course, are a bit worse for wear.)

But digital music has made huge inroads, with all but the oldest customers likely to have much of their collection on an iPod, a smart phone, or various other means. And, thankfully, it’s relatively easy to transfer one’s CD collection into iTunes or another digital libary.