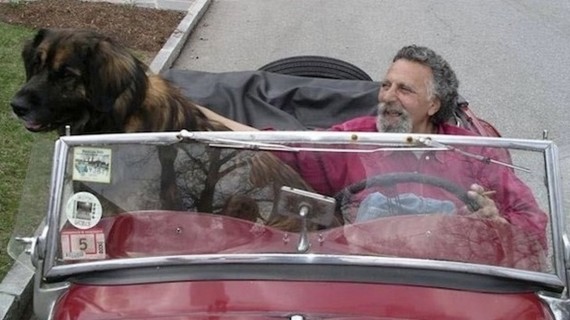 Tom Magliozzi, the co-host of “Car Talk” on National Public Radio, died today of complications from Alzheimer’s disease, NPR has reported. He was 77.

The popular radio personality, with his signature Massachusetts accent, hosted “Car Talk” since the show first started in 1987.

Tom was joined on the program by his brother Ray on the weekly show, which earned a Peabody Award in 1992. The show featured jokes, as well as advice for listeners who called in about car issues.

“His laugh is the working definition of infectious laughter,” Doug Berman, a producer of “Car Talk” told NPR today after news of his death broke. “I’d just hear this laughter. And then there’d be more of it, and people would sort of gather around him. He was just kind of a magnet.”

A native of East Cambridge, Massachusetts, Tom Magliozzi finished his undergrad at MIT and eventually earned an MBA from Northeastern and a doctorate from Boston University. Magliozzi first worked as an engineer, but later decided it was time for a change and quit his job.

He consulted and worked part-time as a college professor, eventually opening his first do-it-yourself repair shop, named Hacker’s Haven in 1973, with his brother Ray, 65

The brothers’ first experience on the radio talking cars came in the late 1970s when they were invited to speak on a panel for a talk show about mechanics on Boston’s WBUR.

After WBUR liked what Tom had to offer, they welcomed the brothers back on a weekly basis before the show went national with NPR in 1987.

Berman told the site that the brothers’ popularity wasn’t about cars, but “the guys’ personalities. And Tom especially — really a genius.”

He was on his way to work when he had a near-fatal accident with a tractor-trailer. He pulled off the road and decided to do something different with his life.

“I quit my job,” he said. “I became a bum. I spent two years sitting in Harvard Square drinking coffee. I invented the concept of the do-it-yourself auto repair shop, and I met my lovely wife.”

Well, he wasn’t exactly a bum; he worked as a consultant and college professor, eventually getting a doctoral degree in marketing. And Tom and Ray Magliozzi did open that do-it-yourself repair shop in the early ’70s. They called it Hackers Haven. Later they opened a more traditional car repair shop called the Good News Garage.

They got into radio by accident when someone from the local public radio station, WBUR, was putting together a panel of car mechanics for a talk show.

“They called Ray, and Ray thought it was a dumb idea, so he said, ‘I’ll send my brother’ and Tom thought, ‘Great, I’ll get out of breaking my knuckles for a couple of hours.’ And he went over and he was the only one who showed up,” Berman says.

Berman says the station liked what Tom did and asked him to come back the next week. This time he brought Ray. The rest, as they say, is history.

I listened to the show regularly for years, although was only faintly aware that it was no longer airing new episodes. I’m seldom in control of my car radio on Sunday mornings, since the girls’ entertainment takes priority, but the handful of times I’ve had it on NPR was airing repeat episodes. Ray has requested that they continue to do so. 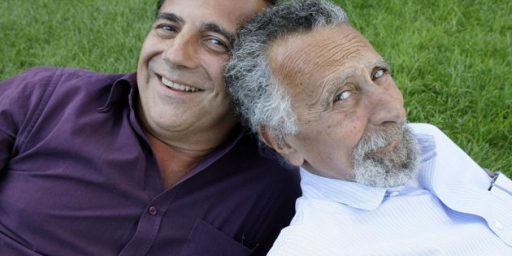