Sheldon Adelson, the billionaire who made his fortune in Las Vegas casinos and became a public figure during last year’s Presidential race for the funds he donated in support of Newt Gingrich’s campaign for President, insists that his opposition to a potential competitor to his casino operations is based purely on morality:

Las Vegas Sands Corp. (LVS) Chairman and Chief Executive Officer Sheldon Adelson is “morally opposed” to online gambling, calling it a “toxin” that will rob the young and poor.

Adelson, who controls the world’s biggest casino company by market value, also outlined his objections to online gambling in an opinion piece in Forbes yesterday. The Internet betting option is gaining momentum as U.S. states seek to tax a business forecast to generate billions of dollars. In February,New Jersey became the most-populous U.S. state to legalize online gambling, following Nevada and Delaware.

“Younger people, people who can’t afford it, can gamble while they’re on a subway or a bus or a passenger in a car, or while they’re lying in bed in their birthday suits on their smartphone or on their iPad,” Adelson said. “What is the purpose of putting a casino on everybody’s kitchen table?”

The fact that online gaming is a serious competitor to Adelson’s bread and butter, of course, has nothing to do with the position that he’s taking. 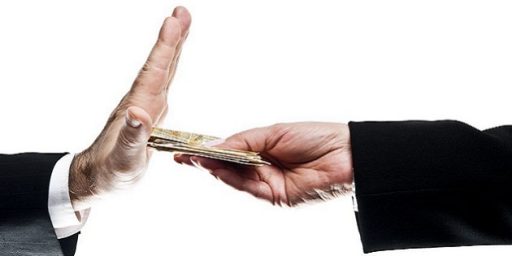