In a bold move, the Census Bureau has removed "Negro" from its racial categories. 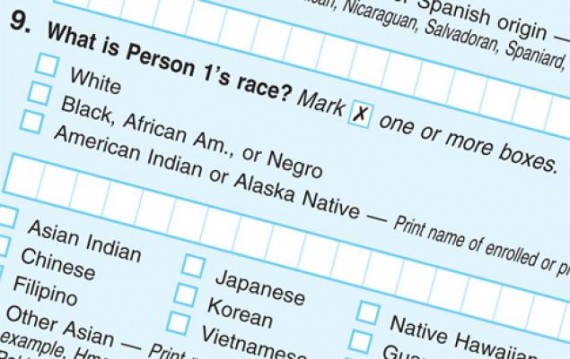 In a bold move, the Census Bureau has removed “Negro” from its racial categories.

AP (“‘Negro’ will no longer be used on US Census surveys“):

After more than a century, the Census Bureau is dropping its use of the word “Negro” to describe black Americans in surveys.

Instead of the term that came into use during the Jim Crow era of racial segregation, census forms will use the more modern labels “black” or “African-American”.

The change will take effect next year when the Census Bureau distributes its annual American Community Survey to more than 3.5 million U.S. households, Nicholas Jones, chief of the bureau’s racial statistics branch, said in an interview.

He pointed to months of public feedback and census research that concluded few black Americans still identify with being Negro and many view the term as “offensive and outdated.”

“This is a reflection of changing times, changing vocabularies and changing understandings of what race means in this country,” said Matthew Snipp, a sociology professor at Stanford University, who writes frequently on race and ethnicity. “For younger African-Americans, the term `Negro’ harkens back to the era when African-Americans were second-class citizens in this country.”

First used in the census in 1900, “Negro” became the most common way of referring to black Americans through most of the early 20th century, during a time of racial inequality and segregation. “Negro” itself had taken the place of “colored.” Starting with the 1960s civil rights movement, black activists began to reject the “Negro” label and came to identify themselves as black or African-American.

Still, the term has lingered, having been used by Martin Luther King Jr. in his speeches. It also remains in the names of some black empowerment groups that were established before the 1960s, such as the United Negro College Fund, now often referred to as UNCF.

For the 2010 census, the government briefly considered dropping the word “Negro” but ultimately decided against it, determining that a small segment, mostly older blacks living in the South, still identified with the term. But once census forms were mailed and some black groups protested, Robert Groves, the Census Bureau’s director at the time, apologized and predicted the term would be dropped in future censuses.

I’m not sure that the usage of the term by a man murdered in 1968—forty-five plus years ago—in his speeches is evidence that a term has “lingered.” Indeed, I’ve been around a little longer than that and have no recollection of “negro” being used in anything but historical or ironic context.