The fact that the Power Five schools played a college football season during a pandemic that closed in-person instruction in most of their schools is a remarkable testament to, well, something. But we’ve now reached the end of the regular season and we’ll know in about four hours which four teams made it.

My Alabama team went into the SEC Championship the clear top team in the country and would likely have made the top four even with a narrow loss. Instead, they held on against the 6th-ranked Florida Gators in what turned out to be a shootout.

Notre Dame, which had beaten Clemson earlier in the season, was ranked number 2 but got absolutely clobbered in the rematch by the 3rd-ranked Tigers. Does Clemson take the 2 spot? Does Notre Dame drop to 4 or out altogether?

Ohio State is the weirdest case. They went into the day ranked 4 despite having played only 5 games—half as many as the others. They won convincingly against a bad Northwestern team. Will that be enough to keep them in? Do they move up ahead of Notre Dame, who won twice as many games?

Do one or more of yesterday’s losers drop out and a one-loss Texas A&M or undefeated Cincinnati sneak in?

My prediction as to what the Committee will do:

I don’t think a Notre Dame team that got clobbered at the end of the regular season is one of the four best. And, while I think Ohio State is probably the third best team in the country, I don’t think a team that only had to play 6 games deserves a shot at the title. Every other team has not only had more opportunities to lose a game but was more likely to sustain injuries to key players. 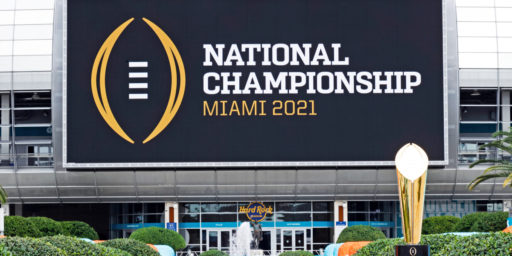 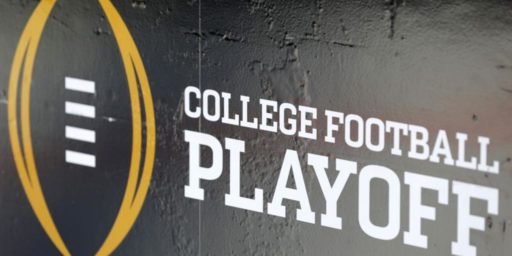