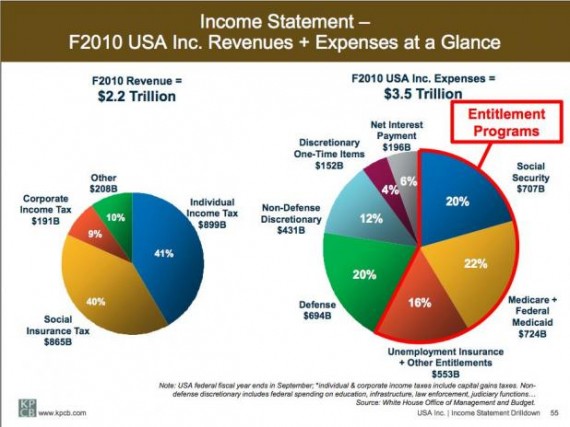 Second, most of the expense is entitlement programs, not defense, education, or any of the other line items that most budget crusaders normally howl about.

Third, as horrifying as these charts are, they don’t even show the trends of these two pies: The “expense” pie is growing like gangbusters, driven by the explosive growth of the entitlement programs that no one in government even has the balls to talk about. “Revenue” is barely growing at all.

The take-away? If we’re going to fix this problem, most of the work is going to have to be done on the spending side of the ledger.