Check Your Email, Break The Law

If there’s a shutdown, Federal workers will be forbidden from checking their email:

You know those vacations where you say you’re not checking your e-mail, but everyone knows you’re lying?

Well, when federal employees go off the grid, they mean it. In the event of a government shutdown — just 12 hours to go until the deadline — workers on furlough will be barred from accessing their work e-mail accounts, according to the Office of Personnel Management.

That means no “marking-as-read,” “just peeking,” or “catching up.” Public servants who’ve been told to stay home may even be asked to hand over their mobile devices — just to make sure.

Federal employees who do check their inboxes will technically be breaking an obscure law known as the Antideficiency Act, which was passed over a hundred years ago and carries a penalty of fines or even imprisonment.

But wait, it gets even more bizarre:

If there isn’t time to notify an employee whether they’ll be affected by the shutdown before it hits, the government can’t use work e-mail to tell them about it:

This also means that the government can’t use work e-mail to tell employees that they need to come back into work because they have been suddenly deemed to be essential. Only government could come up with rules like this. 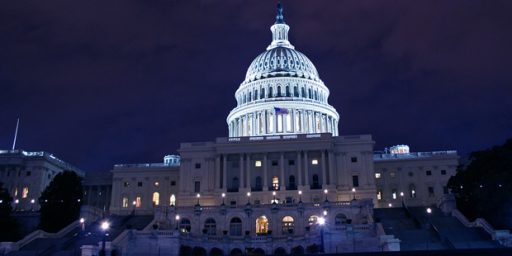