China adds to its status as the honey badger of intellectual property law. 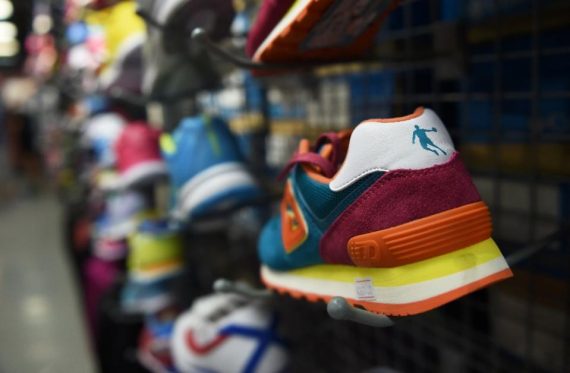 China adds to its status as the honey badger of intellectual property law.

A Beijing court has dismissed a trademark case brought by US basketball superstar Michael Jordan against a company using a similar name and logo to his Nike-produced brand, a report said.

The former Chicago Bull is arguably the most popular international basketball star in China and is known in the country as “Qiaodan”, a Chinese version of his name.

He asked Chinese authorities in 2012 to revoke the trademark of Qiaodan Sports Co, accusing the sportswear firm of misleading consumers about its ties to the six-time NBA champion.

As well as the name, Qiaodan’s products carry a silhouette of a leaping basketball player resembling the “Jumpman” logo used by US sporting goods giant Nike to promote its Air Jordan brand.

Authorities refused Jordan’s request, and a lower court in Beijing did the same. He appealed to the Beijing Higher People’s Court, which has ruled against him, the Chinese news portal Sohu reported.

“‘Jordan’ is not the only possible reference for ‘Qiaodan’ in the trademark under dispute,” it cited a transcript of the verdict as saying.

“In addition, ‘Jordan’ is a common surname used by Americans,” the court added according to the report Monday, and the logo was in the shape of a person with no facial features, so that it was “hard” for consumers to identify it as Jordan.

I’m guessing “Jordan” isn’t a very common surname used by Chinese. And, while the basketball player silhouette is somewhat generic, it’s clearly meant to mimic the iconic “Jumpman” image—especially when used in conjunction with the Jordan name.

While this is small fish compared to the government-backed cyber hacks and commercial espionage for which China has become infamous, it’s yet another example of the country’s blatant disregard for global norms. It’s long past time to demand that Beijing obey the rules that it agreed to in order to become part of the World Trade Organization and that are the baseline of international commerce.