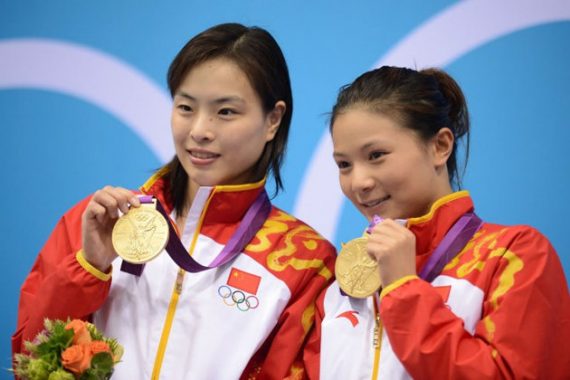 While it has made remarkable improvements over the last four decades, China retains some of the creepier elements of its Communist heritage.

Chinese diver Wu Minxia’s celebrations at winning a third Olympic gold medal were cut short after her family revealed the details of a devastating secret they had kept for several years.
Wu’s parents decided to withhold news of both the death of her grandparents and of her mother’s long battle with breast cancer until after she won the 3-meter springboard in London so as to not interfere with her diving career.

“It was essential to tell this white lie,” said her father Wu Yuming.

The story of Wu’s family secret has generated huge discussion in China, where the pursuit of success has been chased by the government-backed sports national sports program with unshakeable zeal over the past two decades.

Now there seems to be a backlash against the win-at-all-costs mentality after the revelations about Wu followed fierce criticism from a national newspaper when a 17-year-old weightlifter failed to medal.

In China, athletes are often taken away from their families at a young age and placed in specialist training schools where they practice for hours every day. Wu began training daily at a diving camp at the age of 6. By the time she was 16, she had left home to be installed in a government aquatic sports institute.

She has become one of her sport’s all-time greats, but her father says the success has come at a high price to her personal life.

“We accepted a long time ago that she doesn’t belong entirely to us,” Wu Yuming told the Shanghai Morning Post. “I don’t even dare to think about things like enjoying family happiness.”

Wu’s mother defended the decision to keep her situation private and admitted she only broached the subject of her breast cancer at this point because she is now in remission. Both of Wu’s grandparents died more than a year ago, but the diver knew nothing of their passing until this week.

I’m not sure what’s more bizarre about this story: the decision to withhold the information all this time in order to allow single-minded focus on her sport or the decision to ruin her celebration by telling her the instant the competition was over.  Having made the first call, why not let the kid at least enjoy the rest of the Olympiad before breaking the bad news?