Coffee Could be Killing You! 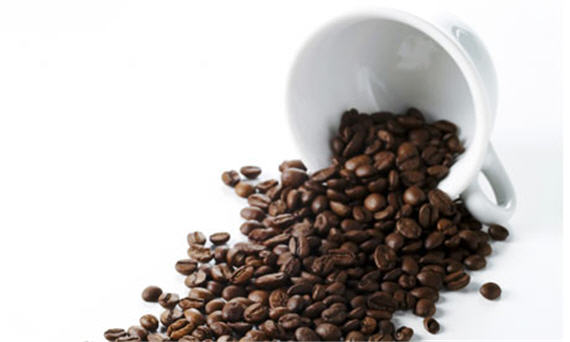 Esquire reports that good coffee is bad for you:

That “freshly roasted organic” coffee you’re drinking? It is probably not very good for you — nor is it organic. Here’s why: Coffee is roasted in exhaust — not exactly the same kind of exhaust that spews from your neighbor’s Hummer, but the principle is not much different. Nearly all coffee, and all the good stuff, is cooked in the heat of a gas burner where hot air is generated by burning fuel and forcing the resulting hot air through coffee beans tumbling in a drum. Although this is perfectly legal, it isn’t as harmless as you might think.

Not too long ago, studies conducted in places as far-flung as Germany and Cincinnati found that the additives in natural gas and the chemical reactions in the roasting drum create hydrogen sulfide (H2S), which is poisonous and flammable. Worse, measurable amounts of this deadly gas linger in the bean long after it has bean roasted. This is what one scientist had to say:

“Coffee beans which are roasted with flame gases are bathed in the combustion gases and as a consequence take up a part of the deleterious combustion gases, especially H2S. Such adhering gases cannot be completely removed by an airing lasting 8 to 10 hours and more.”

The key here is to allow the bean to “breath off” these gases for a period of four to five days, sadly calling into question the “freshly roasted” campaigns of nearly every roaster on the planet — they mean what they say, serving beans that are right out of the roaster. (They’re sacrificing flavor by doing that, incidentally — four to five days is also the amount of time it takes for the tasty oils of the bean to mature.)

Well, like the man says, you gotta go sometime.