Seventy-two years ago today, 2402 Americans were killed and another 1282 wounded in an Imperial Japanese sneak attack on Pearl Harbor. Share in their sacrifice by eating some SpaghettiOs, one of the worst mass market food products on the planet. 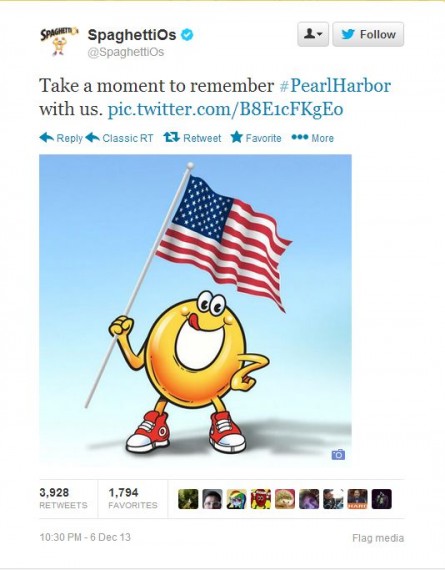