The difference is, dare I say, huge. 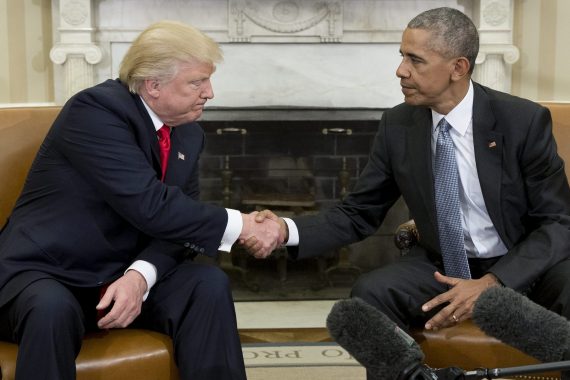 Via the NYT: Trump’s Lies vs. Obama’s.

We applied the same conservative standard to Obama and Trump, counting only demonstrably and substantially false statements. The result: Trump is unlike any other modern president. He seems virtually indifferent to reality, often saying whatever helps him make the case he’s trying to make.

In his first 10 months in office, he has told 103 separate untruths, many of them repeatedly. Obama told 18 over his entire eight-year tenure. That’s an average of about two a year for Obama and about 124 a year for Trump.

If we had used a less strict standard, Trump would look even worse by comparison. He makes misleading statements and mild exaggerations – about economic statistics, his political opponents and many other subjects – far more often than Obama. We left out any statement that could be plausibly defended even if many people would disagree with the president’s interpretation. We also left out modest quantitative errors, such as Trump’s frequent imprecision with numbers.

We have used the word “lies” again here, as we did in our original piece. If anything, though, the word is unfair to Obama and Bush. When they became aware that they had been saying something untrue, they stopped doing it. Obama didn’t continue to claim that all Americans would be able to keep their existing health insurance under Obamacare, for example, and Bush changed the way he spoke about Iraq’s weapons capability.

And why does this matter?

Trump is different. When he is caught lying, he will often try to discredit people telling the truth, be they judges, scientists, F.B.I. or C.I.A. officials, journalists or members of Congress. Trump is trying to make truth irrelevant. It is extremely damaging to democracy, and it’s not an accident. It’s core to his political strategy.

Methodologically, I will say that there is heightened attention being paid to Trump on this topic, but even acknowledging that, this is a stunning comparison.

It is often said that all politicians lie, and that there is therefore no difference between them, although we tend to be more forgiving of politicians on “our” side.  But, the reality is that a good bit of what politicians say that we will call “lies” are spin or interpretation, not blatant untruths.  We call them lies because we disagree.   And sure, sometimes totally self-serving whoppers are told.  But, really, even when Bush made certain claims about Iraq or Obama about Obamacare, they were saying what they thought to be true at the time and, as the piece notes, they changed their public statements as it became clear that their original statements did not comport with reality.

If you surf over to the linked piece, this is clearly not the case with the sitting president.  Observers will not be surprised that he is not the most truthful, but both the graph and the list are remarkable.  This is disturbing behavior, and as noted above, it is bad for democracy.

Let me repeat a quote from above:

He seems virtually indifferent to reality, often saying whatever helps him make the case he’s trying to make.

And I would add:  he often appears not to understand whatever policy case he is making.  Ignorance plus untruth is a terrible formula for policy-making.

A note:  I recognize that any binary comparison between two presidents of different parties leads to the team mentality setting in–I would say look at the list.  There is a quantitative and qualitative difference in those lists. 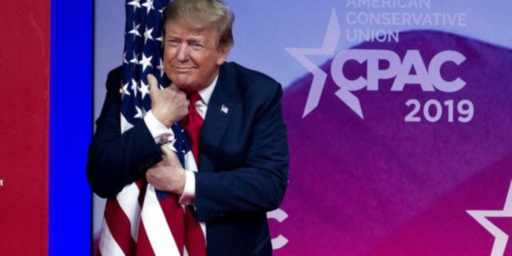