Congress Passes Resolution to End Support for War in Yemen

The Constitution's invitation to struggle over foreign policy continues. 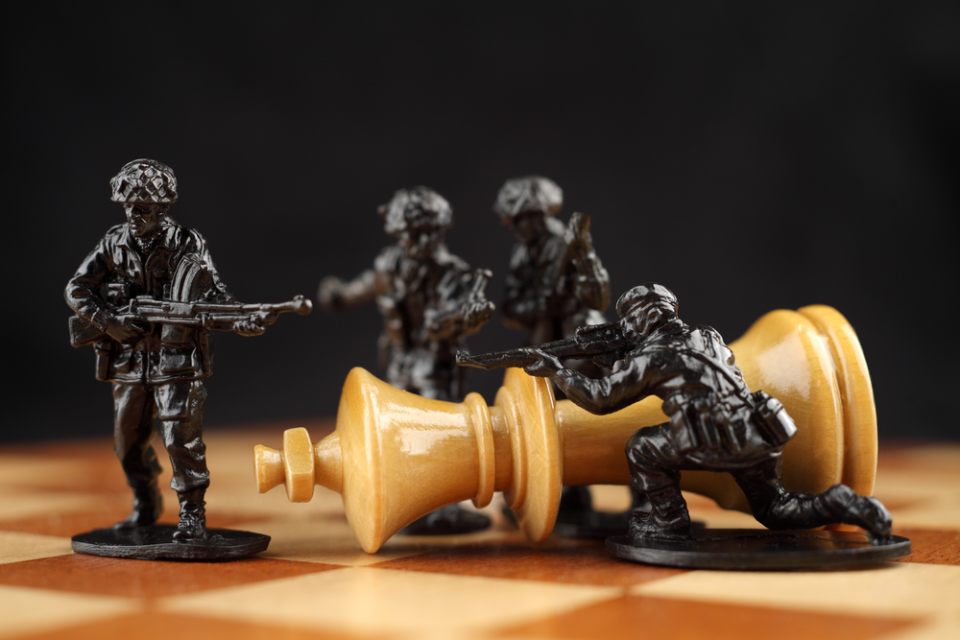 Rejecting a plank of President Donald Trump’s foreign policy, the House on Thursday invoked never-before-used powers to demand that his administration withdraw support from the Saudi-led war in Yemen. The Senate passed the same resolution in March with bipartisan support.

Trump is expected to issue a veto of the measure , his second as president, and Congress does not have the votes to override him. But the action was nonetheless a milestone for lawmakers, who have shown a renewed willingness to assert their war-making powers after letting them atrophy for decades under presidents from both parties.

“The president will have to face the reality that Congress is no longer going to ignore its constitutional obligations when it comes to foreign policy,” said Democratic Rep. Eliot Engel of New York, chairman of the House Foreign Affairs Committee.

Two lawmakers who have led the charge for the war powers resolution, Sens. Chris Murphy, D-Conn., and Bernie Sanders, I-Vt., have displayed photos of emaciated Yemeni children when they have given speeches on the Senate floor.

“This is a moral stain on this nation, every day that we continue to take part in this war,” Murphy said after Thursday’s vote.

Utah Sen. Mike Lee, a Republican who championed the measure, said it “is long past time that we end U.S. involvement in this unauthorized, unjustified, and immoral war that has caused immense human suffering.”

Those arguments were echoed by House Republicans.

Rep. Michael McCaul of Texas, the top Republican on the House Foreign Affairs Committee, said the measure “does nothing to address the humanitarian crisis in Yemen” and argued the lawmakers were abusing the authority under the War Powers Resolution, which was enacted in 1973.

“This radical interpretation has implications far beyond Saudi Arabia,” McCaul said. He warned that the measure could “disrupt U.S. security cooperation agreements with more than 100 countries.”

President Obama, under whose administration US support for the Yemen operation began, used the “hostilities” trope to argue that his extended intervention in Libya didn’t trigger the War Powers Resolution. While it was never tested in court, he was surely wrong.

There is nothing “radical” nor triggering of “serious constitutional concerns” in Congress telling a President when he may use American military power overseas. Indeed, the extant system, under which Presidents bypass the Constitution’s requirement that the Congress has the power to declare war by using their power as Commander-in-Chief of the armed forces, reverses the process laid out by the Framers. Further, because resolutions such as the one just passed are subject to Presidential veto, it effectively requires a two-thirds supermajority for Congress to exercise oversight of a power that is its to begin with.

Alas, as I’ve noted many times in the past, there’s very little that can be done about all this. The tension over war powers is just one example of the “invitation to struggle” over foreign policy created by the Constitution. For most of our history, it was essentially a moot point because Congress also has the power to raise an army and maintain a navy. Traditionally, our forces were minuscule during peacetime and only built up after a declaration of war. Since 1950, though, we have maintained a huge force-in-being. That puts the ball in the Commander-in-Chief’s court.