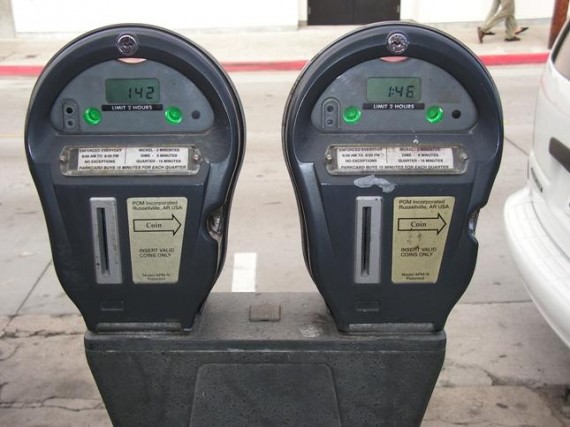 Your Member of Congress may very well be a scofflaw:

Members of Congress have immunity from many routine parking tickets in the District of Columbia, but that doesn’t mean they can’t try to rack up fines.

According to a Roll Call survey of vehicles parked on Capitol Hill and at Ronald Reagan Washington National Airport, as of mid-March, lawmakers were carrying at least $15,000 in outstanding tickets — ranging from expired meters to speeding camera violations — and potentially thousands of dollars more.

Three-quarters of those tickets, worth about $11,500, were in default at the time of the survey, having gone more than 60 days, and in some cases years, without payment.

Roll Call canvassed Congressional parking facilities, as well as a special Members-only parking lot at the airport, and reviewed about 300 vehicles displaying a House- or Senate-issued Member parking tag.

Information on parking violations was obtained from the District of Columbia’s public ticket database, which is searchable by license plate and includes information on minor violations.

While many vehicles registered a single ticket, valued at as little as $20, a handful of automobiles reported several hundred to thousands of dollars in unpaid tickets.

I suppose we shouldn’t be too surprised that they’re letting the parking tickets go unpaid given that they’ve become quite expert at not paying any bills when due.

FILED UNDER: Congress, US Politics, District of Columbia, Ronald Reagan