The AP reports–as a news story–that conservative Southern Democrats are a vanishing breed.

In consecutive days last month, Alabama lost two legends from a disappearing movement Ã¢€” Southern Democrats who were powerful in Washington because of their party’s majority and powerful back home because of their tendency to buck it. Look around Congress these days and you’ll find few conservative Democrats in the mold of the late Sen. Howell Heflin or Rep. Tom Bevill. Those who remain are almost as likely to represent the Midwest or Great Plains as the once-solid South.

According to Congressional Observer Publications, only one current House member voted against his party at least a third of the time last year. That was Democratic Rep. Collin Peterson of Minnesota. In 1998, there were 13 in that category, including eight Southerners, and three of them opposed Democratic leaders more than half the time. Virtually all those maverick-more-than-not lawmakers have either joined the Republican Party or retired. Most dramatic of all was retired Democratic Sen. Zell Miller of Georgia, the keynote speaker at the 2004 Republican National Convention, who voted with President Bush’s party a staggering 94 percent of the time last year.

Merle Black, an Emory University political scientist, says more than 80 percent of white conservatives in the South now belong to the Republican Party, and only 10 percent are Democrats. Unlike in the past, when seniority alone dictated leadership positions for the party, Black says parties now hand-pick their committee leaders. For Democrats, he said, that means the rewards tend to go more often to liberals. “It’s almost impossible to have a leadership position in the House Democratic Party if one behaves as a conservative,” Black said.

My first reaction was, “No kidding,” or words to that effect. We all know that the South has trended Republican for the last 25 years or so. Black’s point about the internal dynamics of Congress is interesting, though. There are certainly more liberal Republicans than conservative Democrats in Congress these days. Because the Democrats are a minority party, they have the luxury of shunting Members who aren’t in conformity with the leadership off to the side. Republicans can’t afford to marginalize the Lincoln Chafees and Olympia Snowes too much less they bolt to the Democrats. 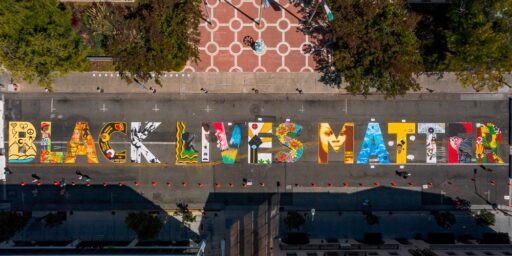