Dan Miller laments that “the right has basically abdicated its role in the conversation” on health care reform.

Health care has been THE liberal project for literally decades; entire careers (not to mention presidencies) have been built around it.  There’s a vast policy apparatus on the progressive side of the aisle built around health care, with industrious wonks digging into every nook and cranny.  Meanwhile, the right has…nothing.  To the best of my knowledge, the right has never instituted any major policy shift in health care (with the exception of Medicare Part D, although even that came about substantially because of pressure from the left and with the help of liberal Senators).  The right, speaking broadly, doesn’t see a problem with the current state of affairs in the health care system; it’s just not a subject that excites them.  If there was a way they could continue the status quo while solving the problems of cost growth, I think most conservatives would gladly take it.

Kevin Drum does a very sound job of explaining why even “status quo, give or take” doesn’t have a significant conservative wonk base.  His post defies excerpting but, suffice it to say, once you get beyond subsidizing defined groups (the poor, the elderly, veterans) there’s no tinkering to be done — massive government regulation is inevitable.  You know what conservatives hate?  If you guessed “massive government regulation,” you get a gold star.

The upshot, then, is that conservatives tend to approach the debate from first principles whereas liberals are pushing their favored implementation plan.  The latter requires far more detailed knowledge.

Trump Advisor: There’s No Such Thing as Judicial Supremacy 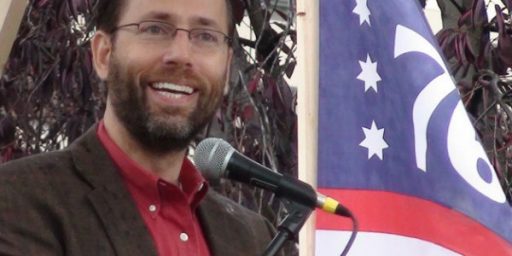