Marc Ambinder has compiled a list of “The Six Top Conservatives Obama Listens To.”   As several of those who saw the link via Twitter have noted, arguably none of them are conservatives:

A perfectly fine list of Republicans to whom I’m perfectly happy the president is listening.  But I’m not sure any of them are conservatives – and am quite sure some of them aren’t.  There are several on an “Others” honorable mention list but only George Will is inarguably a conservative.

For the sake of discussion: which conservatives do you wish Obama would listen to?

I’ll open that one up to the readers. 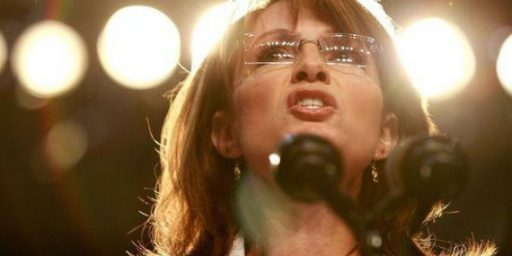 Sarah Palin Thinks Being President Might Be Too “Shackley”