Corey Haim has died at 38, likely of a drug overdose.

Actor Corey Haim, who appeared in a number of movies during the 1980s, died early Wednesday of a possible drug overdose after being taken to a hospital, Los Angeles police said.

Haim, 38, was taken to Providence St. Joseph Medical Center in Burbank, California, where he was pronounced dead at about 3:30 a.m. PT Wednesday (6:30 a.m. ET), police Sgt. Frank Albarran said. The death appears to be accidental, possibly an overdose, Albarran said.

Haim’s most famous role was in the 1987 movie “The Lost Boys” in which he appeared with his frequent co-star, Corey Feldman.

In later years, the two friends — who appeared in eight movies together — both struggled with drug abuse and went their separate ways. They reunited for a reality show, “The Two Coreys,” in 2007, but A&E Network canceled the program after slightly more than a year.

It’s simply bizarre to me that people can fall so far.  Being world famous at 15 has to be distorting and creates ridiculous expectations for one’s future that most child stars can’t live up to.  But you’d think someone with Haim’s talents could have found a better path than drugs and misery. 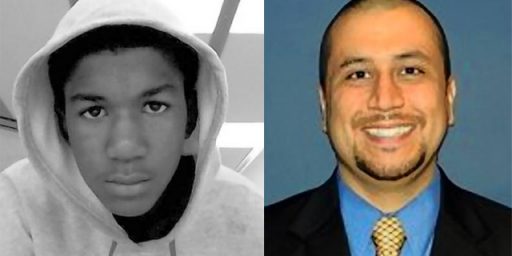 Trayvon Martin Case Will Not Go To Grand Jury