Over at radio row, there was a row between Michael Medved and Al Franken. Swift Boat leader John O’Neill was scheduled to be on Medved’s show as was Franken. Apparently, Franken was not expecting Oneil to be there and was apoplectic over having been set up to debate him without preparation, and refused to do so. Franken said he considers O’Neill to be “a disgrace” and that just being that close to him (maybe seven feet) was enough to make him angry. Medved explained that it was not his intention to set Franken up but that the situation in such a forum was “fluid” and, one gathers, having the opportunity to have O’Neill on was one too good to pass up. 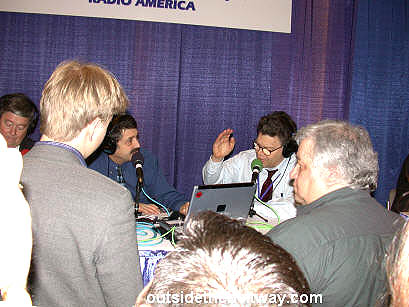 Amusingly, Oneil seemed oblivious to the whole thing, working on his notes the entire time: 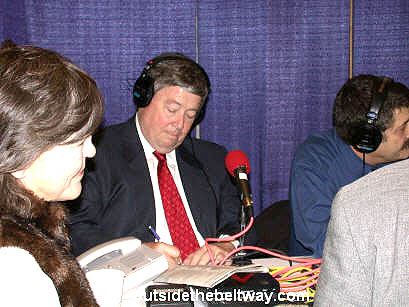 Update (2-19): Robert Cox has more photographs and is hosting a video of the exchange.