Martha Roby (R-AL02) issued a statement this evening that read, in part, the following:

Tonight the House again acted to keep the government open and to protect the American People from the harmful and unfair effects of ObamaCare.

Acting on this commonsense package would avoid a shutdown and promote fairness. However, the Senate once again dismissed the House-passed legislation, opting to risk a government shutdown in order to protect special privileges for those in Washington.

This is the third time in just over a week that we have sent a government-funding bill to the Democrat leadership in the Senate. The first bill would have defunded ObamaCare entirely. The second would have delayed the entire law by one year. The Senate has shown breathtaking arrogance toward the views of working Americans who do not want this law. In each case, Democrat senators have swatted down the funding bills while refusing to negotiate and offering nothing. Each time they push us closer to a government shutdown.

How cynical does one have to be to be a party to blackmail and then blame those whom one is blackmailing for the consequences of not paying the ransom? 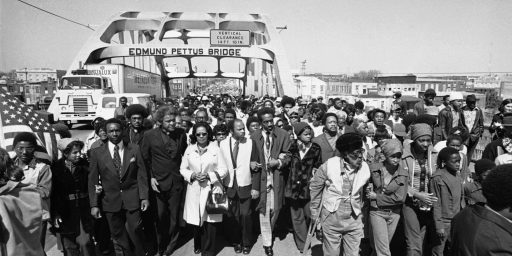 Will Hurd’s Retirement Is A Warning Sign For The GOP