The latest UN effort to bring peace to Darfur could fail before it starts for want of some trucks and helicopters.

The joint UN-African Union peacekeeping mission to Darfur may fail unless countries can provide helicopters and lorries, a top UN official says. Foot-dragging by Sudan over the make-up of the force could also threaten the mission, he warns.

The 26,000-strong force is aiming to bring security to the region after more than four years of conflict. The deployment is scheduled to begin in six weeks, but could be delayed if the necessary equipment is not received.

While I’m incredibly skeptical that the mission can be successful, period, one would certainly think the UN could rustle up a few helicopters and trucks. It seems that countries in possession of said mid-20th century technologies share my skepticism:

BBC Africa editor David Bamford says it seems Western countries have been slow in providing the equipment because they lack confidence in the control structure of the joint force, which the UN has agreed must be African-led.

Sudan wants the force to consist predominantly of African troops, and is unhappy that peacekeepers from Thailand, Nepal and Norway have been added to the force.

The UN says that the force will still be three-quarters African, and that other troops from African countries are not up to scratch. 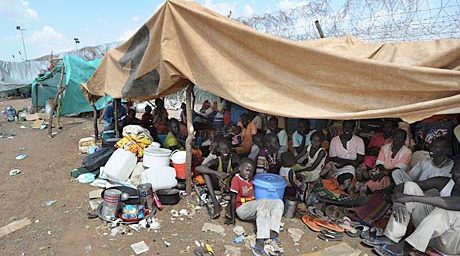