Darrell Issa: No Evidence White House Covering Up Anything In Fast & Furious 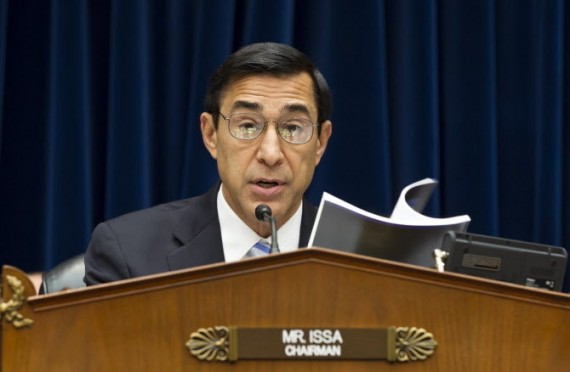 For all the allegations from the left that Darrell Issa is involved in some kind of witch hunt in his Fast & Furious investigation through the House Government Reform & Oversight Committee, he sure doesn’t seem to be hunting many witches:

WASHINGTON — Representative Darrell Issa, the Republican leading the investigation into the Obama administration’s handling of the botched gun-smuggling investigation known as Operation Fast and Furious, appeared to contradict Speaker John A. Boehner on Sunday, saying there was no evidence that White House officials were involved in a cover-up.

The statements from Mr. Issa, the chairman of the House oversight committee, came after Mr. Boehner said last week that President Obama’s decision to assert executive privilege to shield Justice Department documents related to the operation was “an admission that the White House officials were involved in decisions that misled the Congress and covered up the truth.”

On “Fox News Sunday,” a clip of Mr. Boehner’s statement was played and Mr. Issa was asked in an interview whether his committee had evidence that White House officials had knowingly misled Congress about the case.

“No, we don’t,” Mr. Issa said. “And I hope they don’t get involved. I hope this stays at Justice. And I hope that Justice cooperates, because ultimately, Justice lied to the American people.”

Well, they either lied or the were willfully or negligently unaware of a major breach of security occurring within their ranks. Either way, this is worth investigating fully.