Charlie Melaconan’s closing ad in the Louisiana Senate race doesn’t hold anything back:

Unfortunately for Melancon it’s most likely too little, too late: 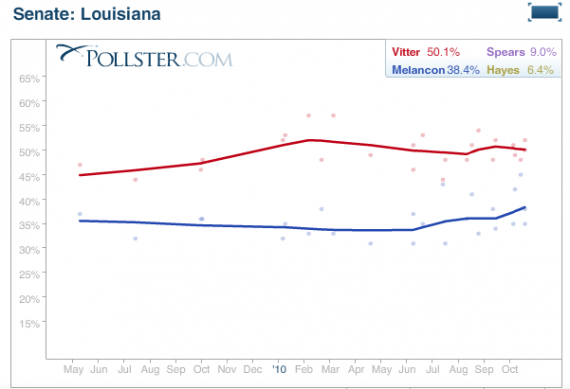 Without meaning to offend any residents of The Pelican State, this is Louisiana so I suppose we shouldn’t be too surprised that consorting with prostitutes isn’t considered a bar to high office.

Louisiana Set To Become The Next ‘Religious Freedom’ Bill Battleground