Echoing comments made by this blogger several days ago Joseph Curl of the Washington Times notes:

President Bush told the United Nations on Sept. 13 Ã¢€” 182 days ago Ã¢€” that “we expect quick resolution to the issue” of Iraqi disarmament, setting a deadline of “days and weeks, not months and years.” Exactly six months later, he’s still waiting, mired in an ever-growing U.N. debate. The U.N. Security Council met his first deadline by passing Resolution 1441 in 57 days, but the world body has dragged its feet over the following 125 days, with Mr. Bush accepting repeated extensions and modifications to a second resolution he says he doesn’t even need.

There are signs Bush’s waffling are about over; but we’ve seen them before. 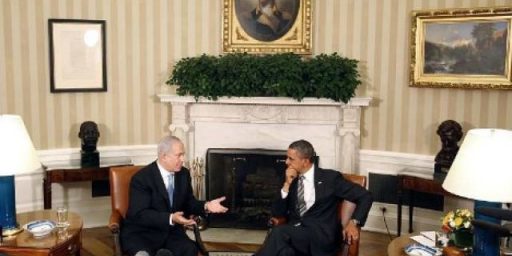