Death Of The Salesmen

Thanks to the Internet, there are a lot more Willy Lomans out there. 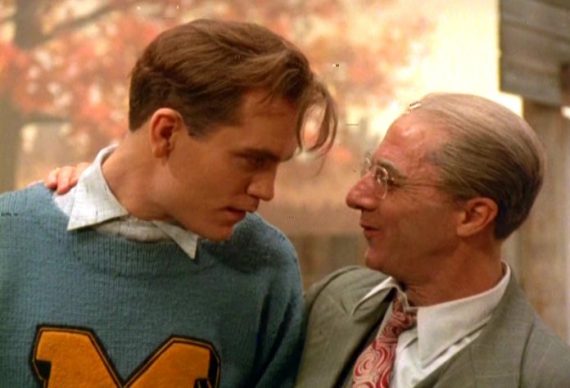 Over at Slate James Ledbetter takes note of a phenomenon that seems to indicate that Willy Loman was, in some sense, ahead of his time:

From 1950 to 1980, sales represented one of the fastest-growing occupations in the country. In the 1980s, sales was by far the largest job-growth category, increasing 54 percent. That growth slowed in the 1990s, and by 2007, the number of sales job was shrinking. No other job category has experienced a drop this sharp in the same time period.

It’s important to keep this in perspective. Sales jobs have not disappeared altogether. The most recent census survey indicates that there are more than 16 million jobs in America classified primarily as sales, representing a little more than 11 percent of the workforce, the same percentage as in 2000. Still, there’s no getting around the fact that the category has stopped its once-mighty expansion.

So why have we stopped generating so many sales jobs? The answer varies from sector to sector. Motor vehicle sales have been flat or down for some time, but until Detroit completely collapsed in 2008, the number of car dealerships in America was kept artificially high by state franchising laws that made them difficult to shut down. Even so, the number of new-car dealerships has been slowly dropping since 1989 and currently stands at 18,460, the lowest figure in decades. Fewer than 1 million Americans now make a living working for a car dealership, a drop of more than 10 percent in less than a decade.

In other fields, such as pharmaceuticals, legislative and cultural changes have taken their toll on sales jobs. Congress became concerned that drug companies had developed relationships with doctors that were too cozy, and in part because of new restrictions, Big Pharma firms have been shedding sales reps. A study by the consulting group ZS Associates indicates that pharmaceutical sales forces peaked in 2007 with 102,000 reps and projects that number will fall to 75,000 by 2012.

But the biggest culprit in killing off sales jobs is right in front of you: the Internet. There was a lot of talk in the dot-com era, mostly positive, about “disintermediation,” or creating direct connections between consumers and suppliers. Think of all the purchases you make today online that once would have been accompanied by a salesperson: a sweater, a book, a “compact disc,” a small appliance or piece of electronic equipment, shares of a stock or mutual fund, airline tickets, etc. Even in my own industry—media supported by advertising—some ad space can be booked online, as Slate writer Seth Stevenson demonstrated in a video earlier this year. The precise impact of Internet selling on sales jobs is hard to quantify, but it’s a big contributor and it’s irreversible.

Ledbetter argues that this decline in direct sales jobs has real economic and social consequences:

In his classic 1976 book The Cultural Contradictions of Capitalism, Daniel Bell discussed how sales—and its close cousin, advertising—were at the heart of the cultural changes of 20th-century America. For better or worse, mass consumption became the engine that powered not only the American economy but also its value system and psyche. Getting people to spend their money became a kind of secular religion that was necessary to overthrow an older Puritan order. “Selling became the most striking activity of contemporary America,” Bell wrote. “Against frugality, selling emphasized prodigality; against asceticism, the lavish display.”

We might be better off without that extravagance. But it’s still the case that for much of recent American history, sales jobs functioned as a pillar of the middle class. Over the last few decades, the American economy has generated a large number of high-skill, high-paying jobs, and a large number of low-skilled, low-paying jobs. The middle, however, is being “hollowed out,” in the phrase David Autor used in an economic paper published in April, and sales is a major component of that shrinking middle. The strength of sales jobs is that they can be reasonably high-paying but typically don’t require technical training or other specialized skills. When those jobs disappear, the people who hold them will often be pushed down the wage ladder or even out of the workforce. Sixty years after Willy Loman, that is our tragedy.

I’m not sure whether I’d call it a “tragedy” like Ledbetter does. What we’re seeing here is really nothing more than the continued, ongoing evolution of the economy. In the days before the Internet, it made sense for companies to hire armies of salesmen, like Willy Loman, who spent their time trying to convince business owners to buy their wares. In later years, the sales trip was replaced with the cold call, but it was really the same idea. Now, there’s virtually no need for that and, on the whole, the economy is better off for it. Technology has reduced the transaction costs between customer and seller (or manufacturer) to nearly zero, and it just doesn’t make sense to pay a guy to travel the country with a big suitcase full of stuff.

Ledbetter does have a point, though. As sales jobs disappear, there will be an entire strata of society that will be looking for a someplace new. It reminds of a quote from Arthur Miller’s classic:

I don’t say he’s a great man. Willie Loman never made a lot of money. His name was never in the paper. He’s not the finest character that ever lived. But he’s a human being, and a terrible thing is happening to him. So attention must be paid. He’s not to be allowed to fall in his grave like an old dog. Attention, attention must finally be paid to such a person.

At some point, attention will have to be paid.

Photo: Dustin Hoffman (as Willy Loman) and John Malkovich (as Biff Loman) from the 1985 television adaptation of Death of a Salesman.