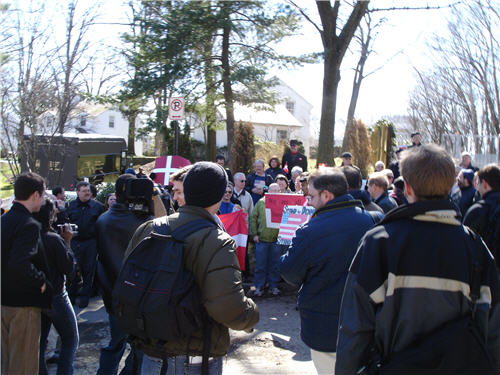 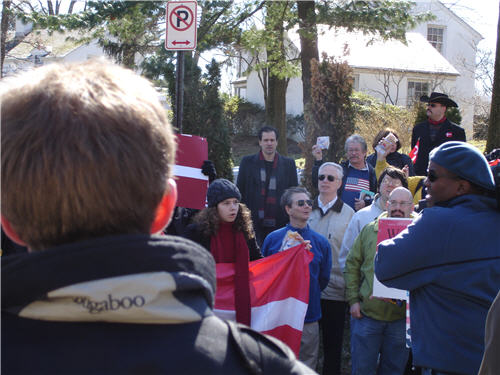 Cute girl in wool hat tries to get people to chant “We’re all Danes now.” 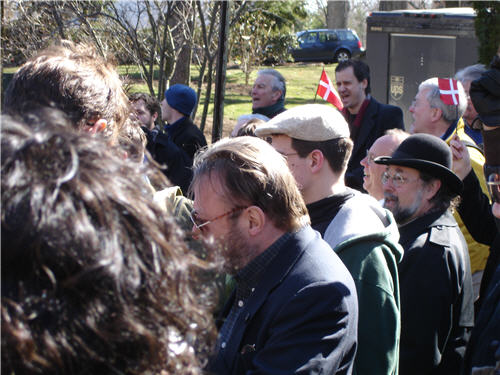 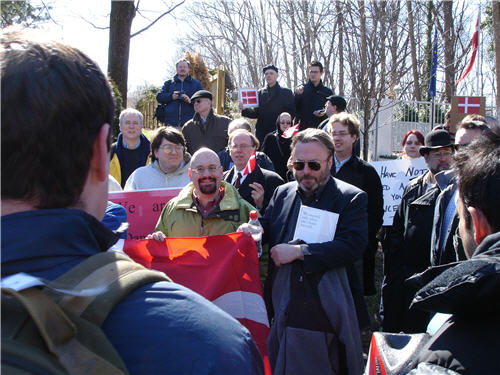 Christopher Hitchens, event organizer and a bald, goateed fellow who is not Andrew Sullivan. 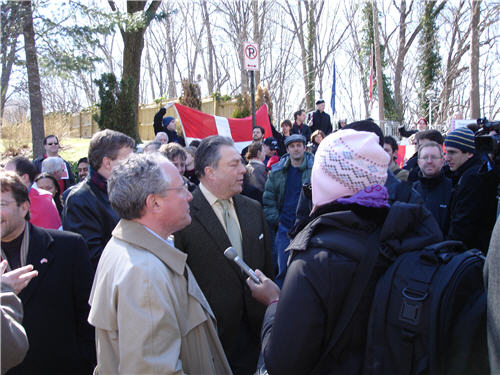 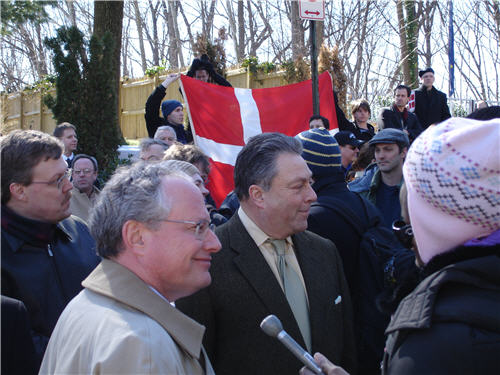 These photos, originally posted in my report on the rally, have been moved up to this post:

Wonk had a photographerette at the rally and captured this one: 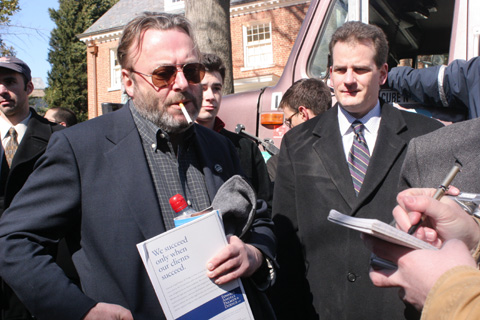 I’m the one in the striped tie. (Hat tip to Steven Taylor)

Mark Tapscott has several photos up now, in separate posts. Here’s one of the two of us taken by Patrick Rockefeller. 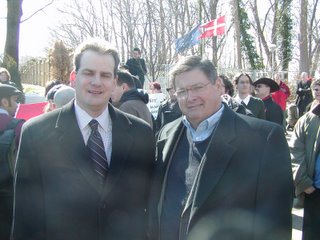 I’m the one whose eyes are closed. Go to Tapscott‘s place and scroll down for more photos.

Update: David’s Medienkritik has the definitive roundup of rally photos, linking to 10 blogs so far plus featuring his own photos.

Previous stories on the Danish Muslim cartoons below the fold.

D.C. Rally for Denmark on Friday