Arianna Huffington has become an online mogul by convincing big donors to pay her for content others generate for free. Did she steal the idea? 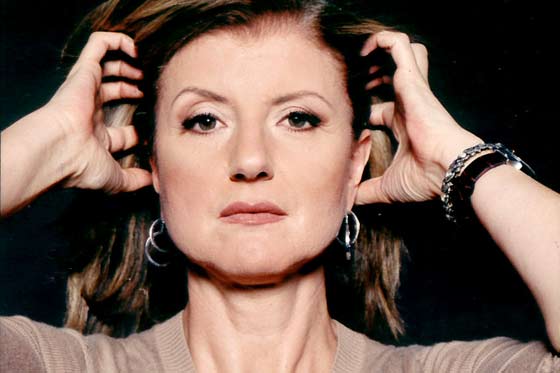 Arianna Huffington has become an online mogul by convincing big donors to pay her for content others generate for free.  Did she steal the idea?

Two Democratic consultants are accusing Arianna Huffington and her business partner of stealing their idea for the powerhouse liberal website Huffington Post. Peter Daou and James Boyce charge that Huffington and partner Ken Lerer designed the website from a plan they had presented them, and in doing so, violated a handshake agreement to work together, according to a lawsuit to be filed in New York State Supreme Court in Manhattan.

“Huffington has styled herself as a ‘new media’ maven and an expert on the effective deployment of news and celebrity on the Internet in the service of political ends,” says the complaint. “As will be shown at trial, Huffington’s and Lerer’s image with respect to the Huffington Post is founded on false impressions and inaccuracies: They presented the ‘new media’ ideas and plans of Peter Daou and James Boyce as their own in order to raise money for the website and enhance their image, and breached their promises to work with Peter and James to develop the site together.”

The suit against Huffington, Lerer, and Huffington Post also sheds light on the very political aims of the left’s most powerful – and valuable – online voice. Democrats need “to develop a dominant position within the Internet,” Daou said during an early meeting about the site, according to the complaint. “It is a system [for] pushing the message, not just for fundraising,” he allegedly said.

Huffington called the charge of stolen ideas and broken deals “a completely absurd, ludicrous supposition” from men whom she’d turned down for jobs on the site.

The lawsuit touches on the same legal frontiers of intellectual property and deal-making as did a famous lawsuit Facebook settled in 2008. The success of the suit, which seeks unspecified damages, will hinge on whether Daou and Boyce can prove they had offered “something more specific than a generalized notion” and that Huffington had agreed to make them part of the deal, said Dan Kornstein, a prominent New York litigator.

Huffington Post has emerged as a juggernaut since its launch on May 9, 2005. The site’s front page offers a leftward tilt on political news, a sort of mirror image of the Drudge Report. A cadre of bloggers contribute analysis for free and a growing staff provides original content on politics and whatever other content – notably, celebrity – drives traffic and buzz.

I’ve had some interactions over the years with Peter Daou and find the notion that he presented a business plan to Huffington that was the impetus behind HuffPo quite plausible.  Indeed, infinitely more plausible than the idea that Huffington, who had no previous media or online experience, came up with it all by her lonesome.

But I tend to agree with John Hawkins:

[S]uggesting that “political luminaries and public figures should be invited to blog” isn’t all that unique. Conservative websites like Townhall had been running articles from big name conservative columnists for years before the HuffPO came along. Saying to Arianna, “Gee, you know celebrities, so you should ask some of them to blog isn’t exactly a ground breaking idea.” Moreover, it doesn’t actually provide the investment dollars or the celebrities that helped HuffPO make a name for itself.

This might be interesting — a stark presentation of the Huffington Post’s political agenda. But, really, I’m not too impressed with this notion of stealing “the idea” for a business. Was there a contract or a partnership or not? And it’s not much of an idea anyway — a “dominant” website with a political slant. The trick is to do it well and get the traffic. Anyone could try to do it. Huffington did it.

The complaint says the idea was for “a collective of blogs by notable personalities, non-partisan news aggregation, issue-specific web pages, scoops and exclusives derived from the founders’ personal relationships with Democratic Party and media insiders, and online community-building, with the purpose of driving Internet traffic and ‘page views’ for politically progressive messaging.” I’m not impressed.

Indeed, I’d argue that the original idea behind HuffPo flopped.   After a few days of living off the hype of the launch, the reader reaction was “Meh.”  The blogging celebrities thing turned out not to be such a big deal.   It took a few infusions of outside capital to hit upon a successful strategy, which was basically aggregating tons of material from around the Web — including celebrity gossip, which has become the key driver of traffic — and leveraging the talents of hundreds of unpaid bloggers happy to simply get their name before a lot of eyeballs.