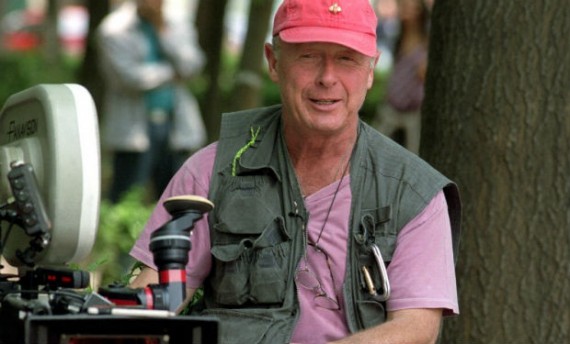 Tony Scott, famous for directing action-packed summer blockbusters like Top Gun and Unstoppable — and the brother of fellow director Ridley Scott — died on Sunday after jumping from a bridge in Los Angeles in an apparent suicide. Police say parked his car on the Vincent Thomas Bridge in San Pedro (which spans the entrance to the port at San Pedro, near Long Beach) around 12:30 p.m. on Sunday before jumping into the water. A suicide note was later found at his office, though no details from the note have been revealed.

Scott first made a name for himself directing Tom Cruise in the summer blockbusters Top Gun and Days of Thunder, establishing his reputation for crafting colorful, fast-moving, and often over-the-top action spectacles. Some of this other big successes included The Last Boy Scout, True Romance, Crimson Tide, and Enemy of the State. In the 2000s, he had string of hits with star Denzel Washington: Man on Fire, the remake of the heist movie The Taking of Pelham 1-2-3, and another runaway train film,Unstoppable, which turned out to be his last movie.

Sad and disturbing news. Professionally, Scott continued to be quite successful, continuing to make hit television shows, including “The Good Wife,” and big budget movies. He was reportedly in the stages of planning a sequel to “Top Gun.”

UPDATE: ABC is reporting that Scott has inoperable brain cancer.