E.L. Doctorow, one of the most celebrated writers in America, was nearly booed off the stage at Hofstra University Sunday when he gave a commencement address lambasting President George W. Bush and effectively calling him a liar.

Booing that came mainly from the crowd in the stands became so intense that Doctorow stopped speaking at one point, showing no emotion as he stood silently and listened to the jeers. Hofstra President Stuart Rabinowitz intervened, and called on the audience to allow him to finish. He did, although some booing persisted.

“One story he told was that the country of Iraq had nuclear and biological and chemical weapons of mass destruction and was intending shortly to use them on us,” he said. “That was an exciting story all right, it was designed to send shivers up our spines. But it was not true.

“Another story was that the Iraqi dictator, Saddam Hussein, was in league with the terrorists of al-Qaida,” he said. “And that turned out to be not true. But anyway we went off to war on the basis of these stories.”

Those lines provoked an outburst of boos so loud the “Ragtime” author stopped the speech. Rabinowitz approached the podium and called for calm. “We value open discussion and debate,” he said. “For the sake of your graduates, please let him finish.”

Some students and most of the faculty responded with a standing ovation, and Doctorow resumed speaking. He attacked Bush for giving the rich tax breaks, doing “a very poor job of combating terrorism” and allowing the government to subpoena libraries “to see what books you’ve been taking out.”

Many parents and relatives of the more than 1,300 undergraduates were livid over the address, saying afterward that a college graduation was not the place for a political speech. “If this would have happened in Florida, we would have taken him out” of the stadium, said Frank Mallafre, who traveled from Miami for his granddaughter’s graduation.

Regardless of what one thinks of the administration’s Iraq policy, a graduation address is hardly the appropriate forum for such a “debate” (it’s odd to use that term when only one speaker is invited), let alone when the speaker isn’t even knowledgable about the subject. A few years ago, I attended a graduation speech where Zell Miller (recently retired as Georgia’s governor and not yet appointed to the Senate) had been invited to talk in support of an education lottery, an issue which was the subject of an upcoming referendum and favored strongly by the school’s chancellor. In that case, at least, Miller was an expert on the subject (having led the model program in Georgia) and was invited with that objective. Still, even though I strongly supported the lottery (which lost in the polls), I thought it was highly inappropriate to use a graduation speech for electioneering.

Graduation speeches should be, above all, brief and uncontroversial. The attendees are a captive audience of people there to receive hard-earned diplomas, watch their loved ones receive said diplomas, and faculty members forced to endure same. The speaker should deliver two or three amusing anecdotes, some pabulum about what a big achievement it was to finish school, the promise of greater things to come, and an ode to the parents for the sacrifices they’ve made. They should then get off stage and let everyone see what they came to see–which wasn’t them. 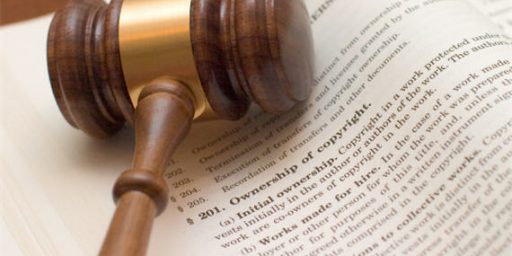