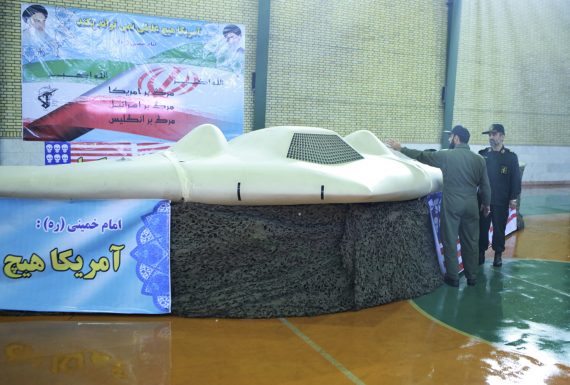 This photo released on Thursday, Dec. 8, 2011, by the Iranian Revolutionary Guards, claims to show US RQ-170 Sentinel drone which Tehran says its forces downed earlier this week, as the chief of the aerospace division of Iran’s Revolutionary Guards, Gen. Amir Ali Hajizadeh, right, listens to an unidentified colonel, in an undisclosed location, Iran. (AP Photo/Sepahnews) EDS NOTE: THE ASSOCIATED PRESS HAS NO WAY OF INDEPENDENTLY VERIFYING THE CONTENT, LOCATION OR DATE OF THIS IMAGE.